Collected a male on 4 July 2022. Identified with Dolphus's 1995 key. (No iNaturalist observation.)

Another male was collected from the same site (the entrance to the nest on the decaying branch). I cooled it in the fridge, marked its thorax with yellow paint, and released it near the branch pile. 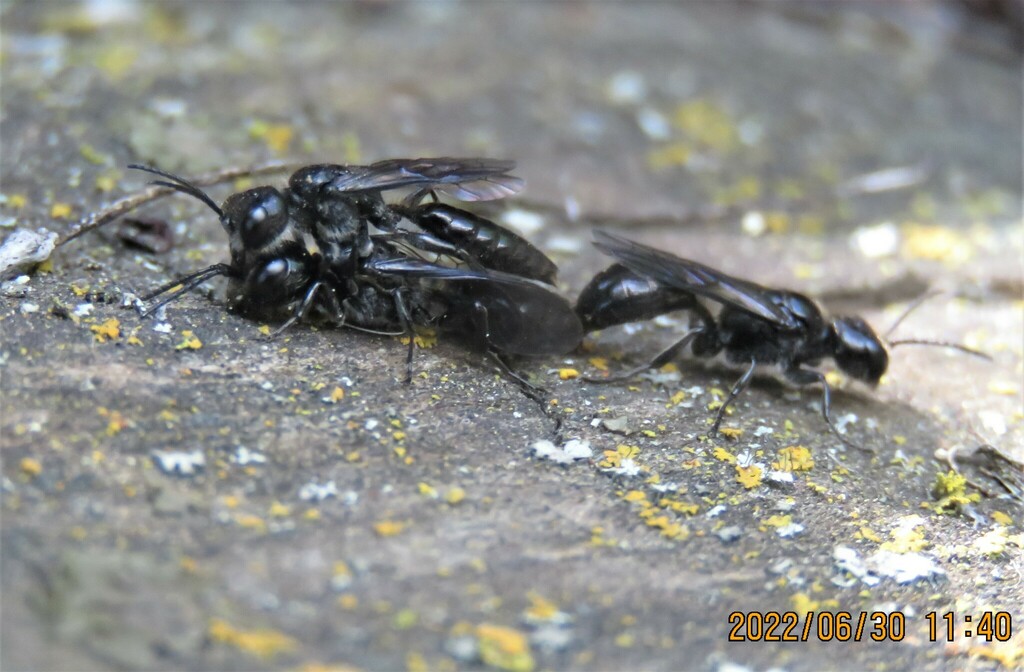 Here’s a video of the three Pemphredon wasps. I guess the females have finally emerged! pic.twitter.com/QIeOooDwUN