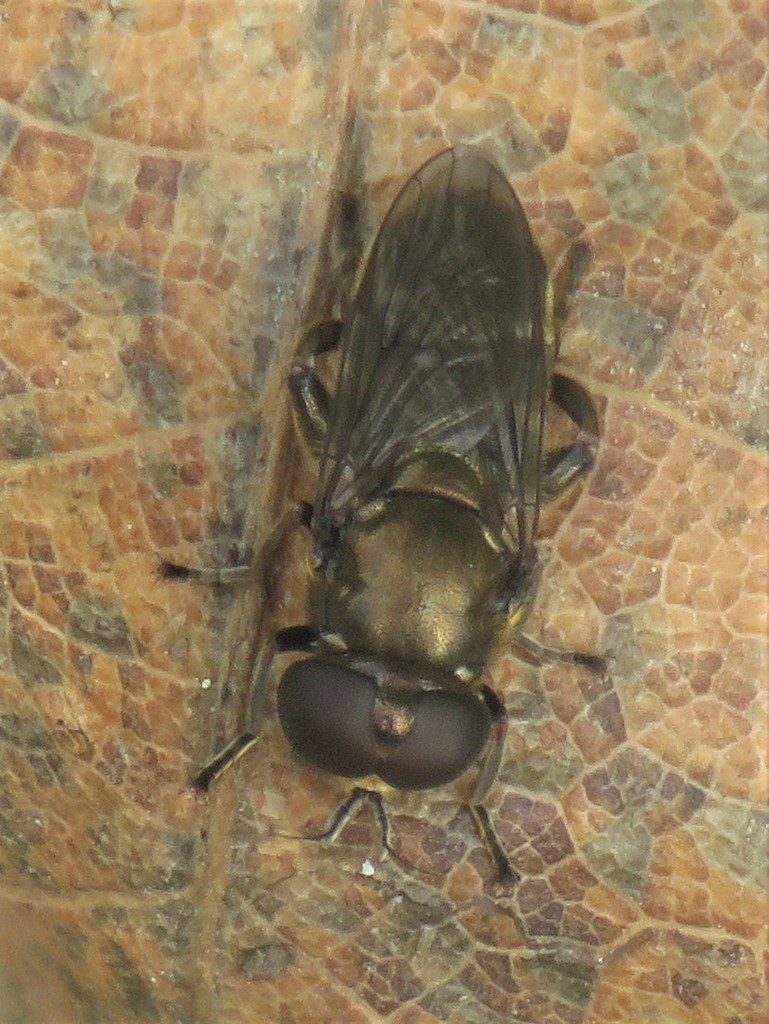 On the ground, north side of driveway. 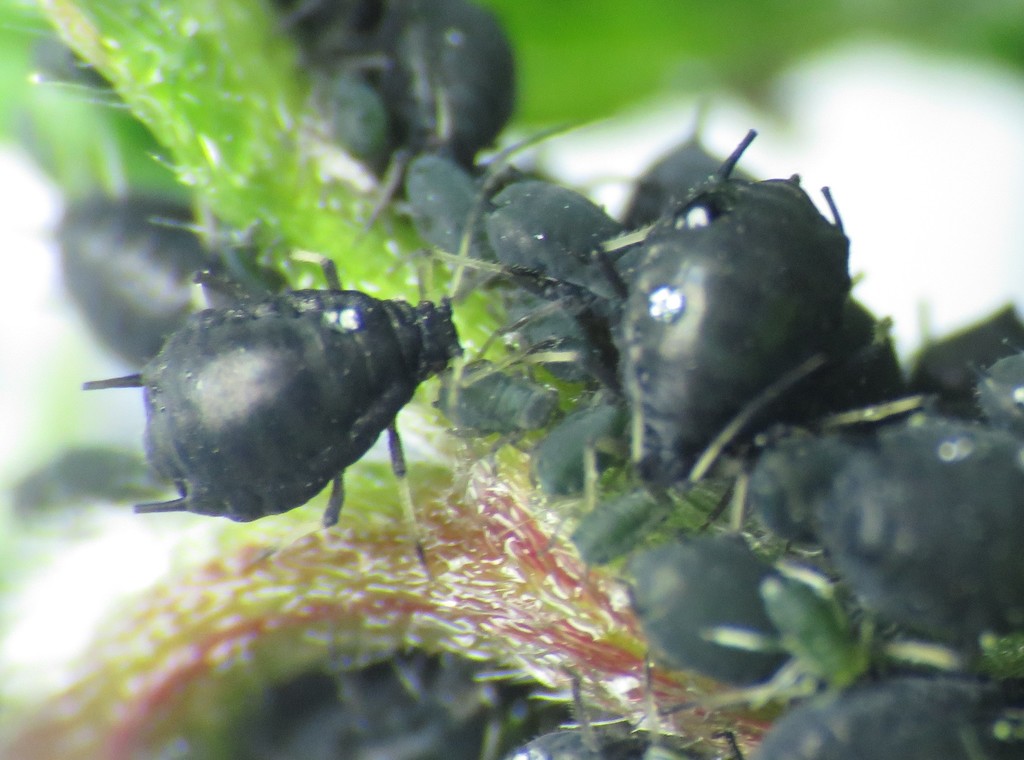 On the growing stems of an ocean spray (Holodiscus discolor). 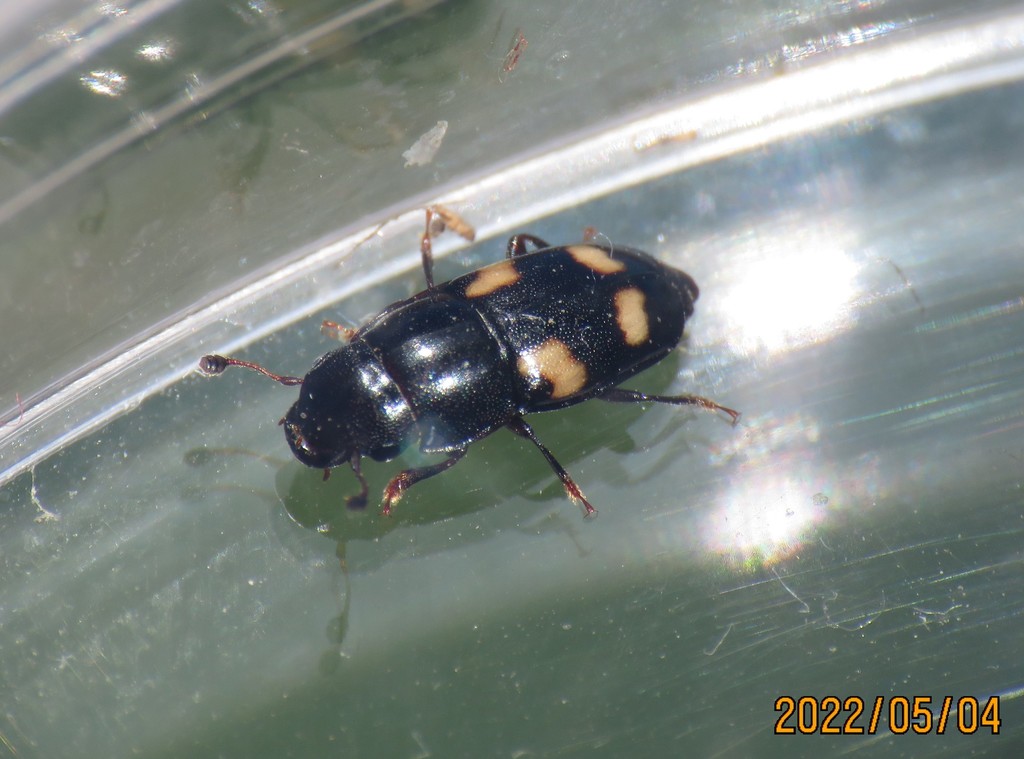 Found in rotting grass clippings next to compost. 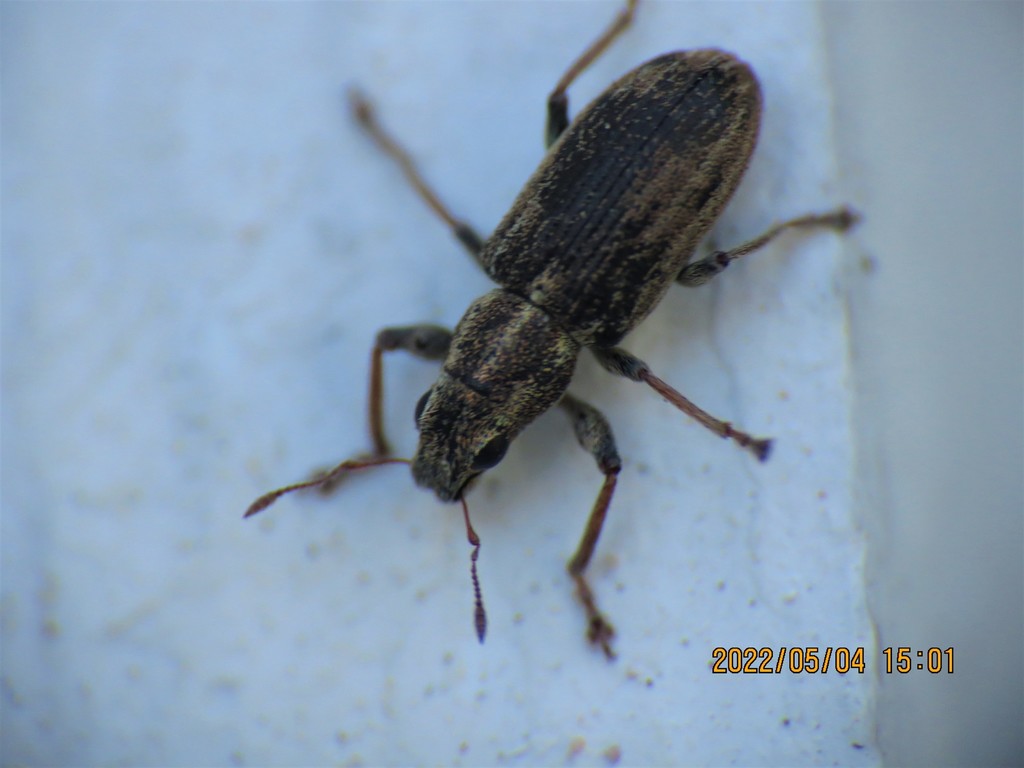 On outside of front door frame. 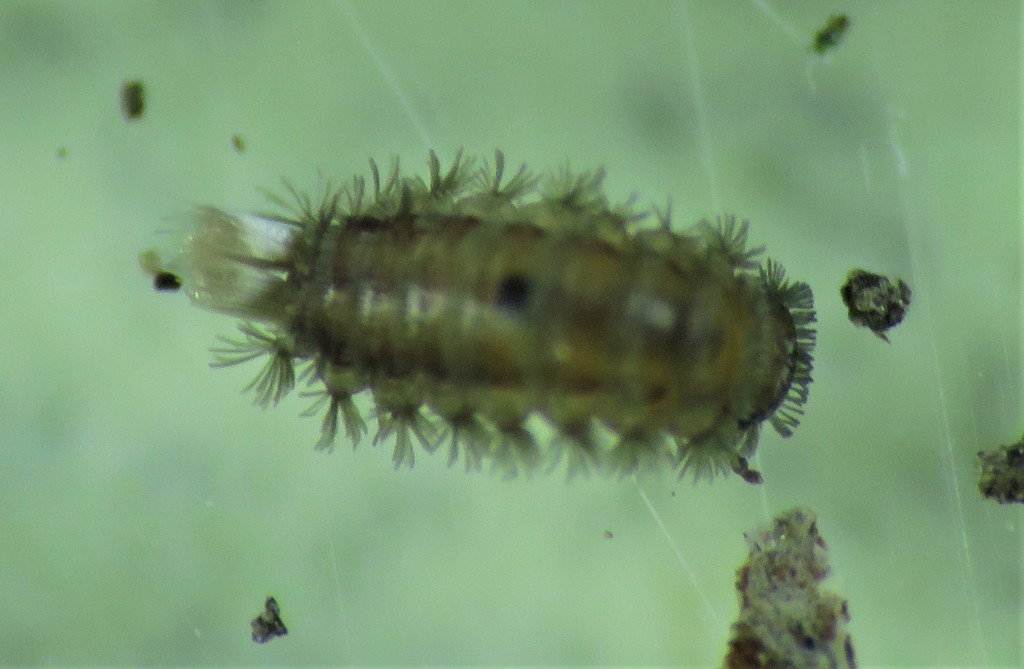 I found several of these under a rotting piece of wood. The bristles are easily detached and provide protection from spider and ant predators. 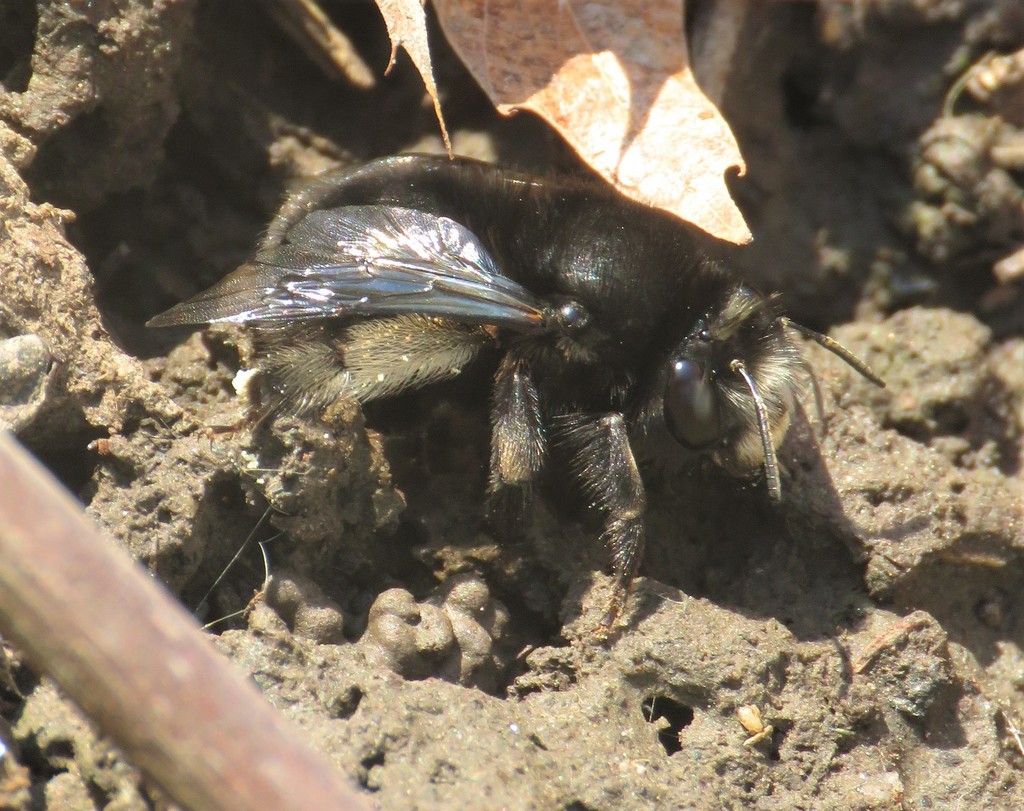 At least one female (I've never seen more than one at once) is nearly always on the golden currant this spring. 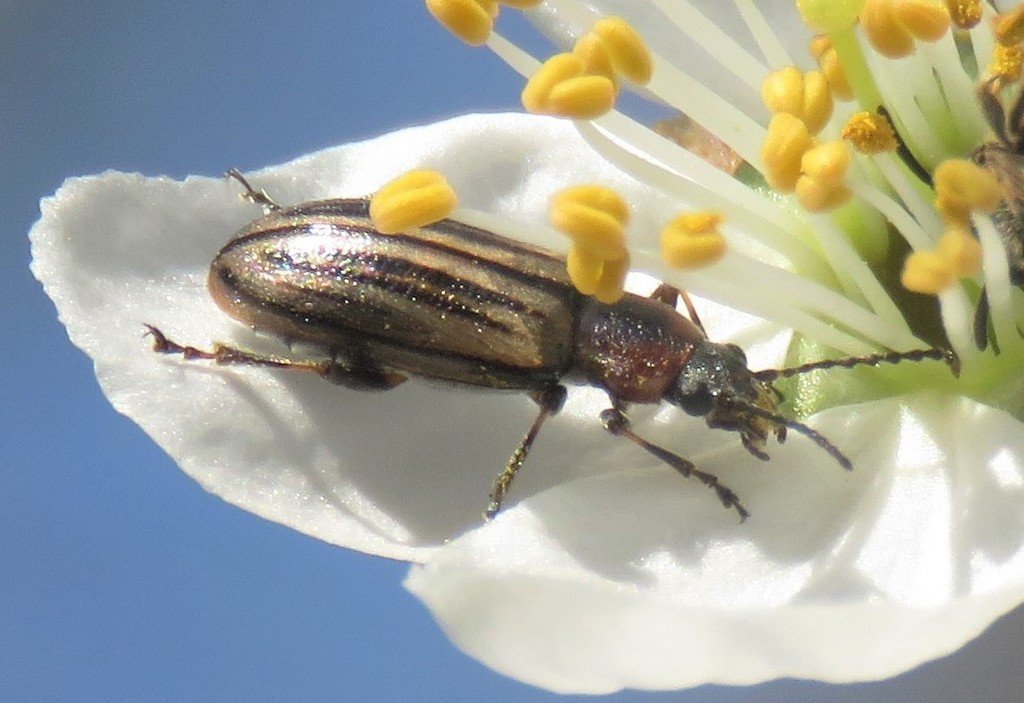 Several of these were on plum blossums. A new beetle family for the yard. 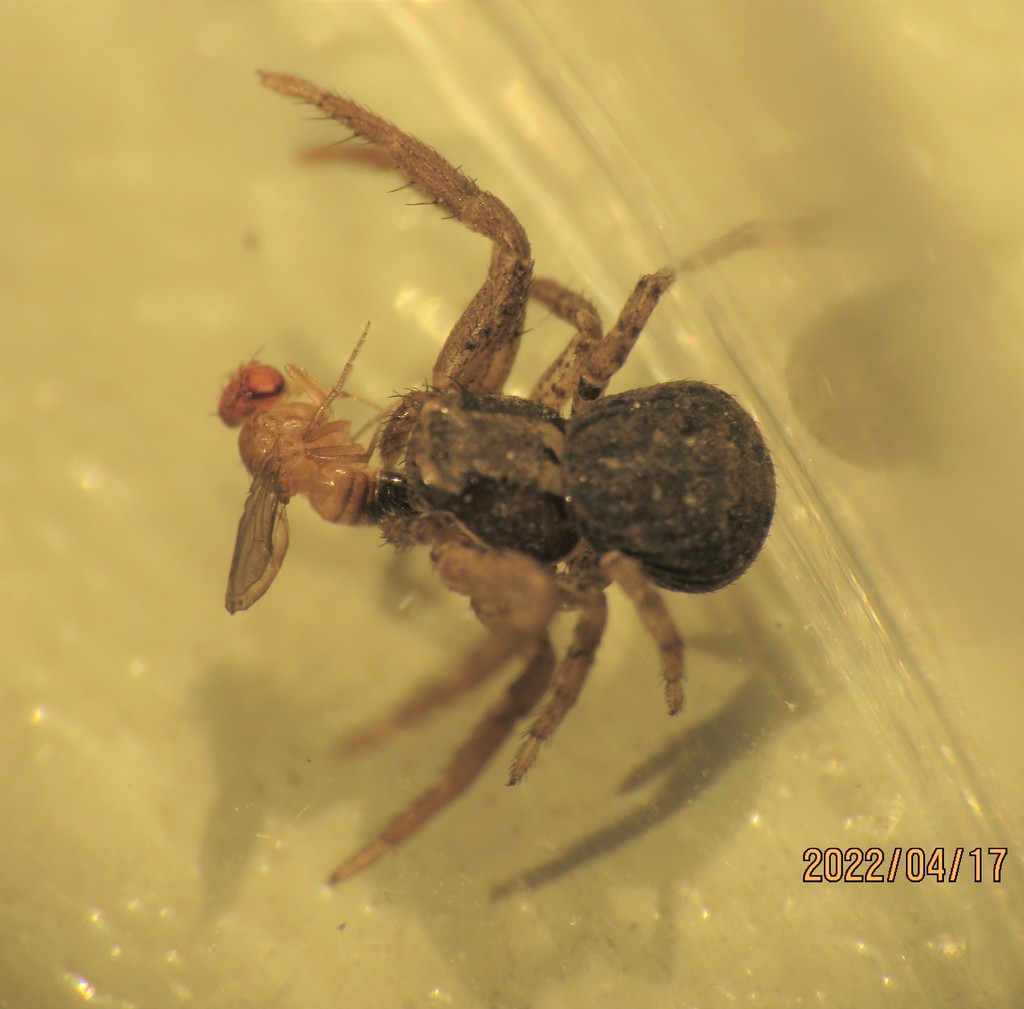 Found on outside wall of house, near the front door.

Caught it, put it in a petri dish and fed it a flightless fruit fly. 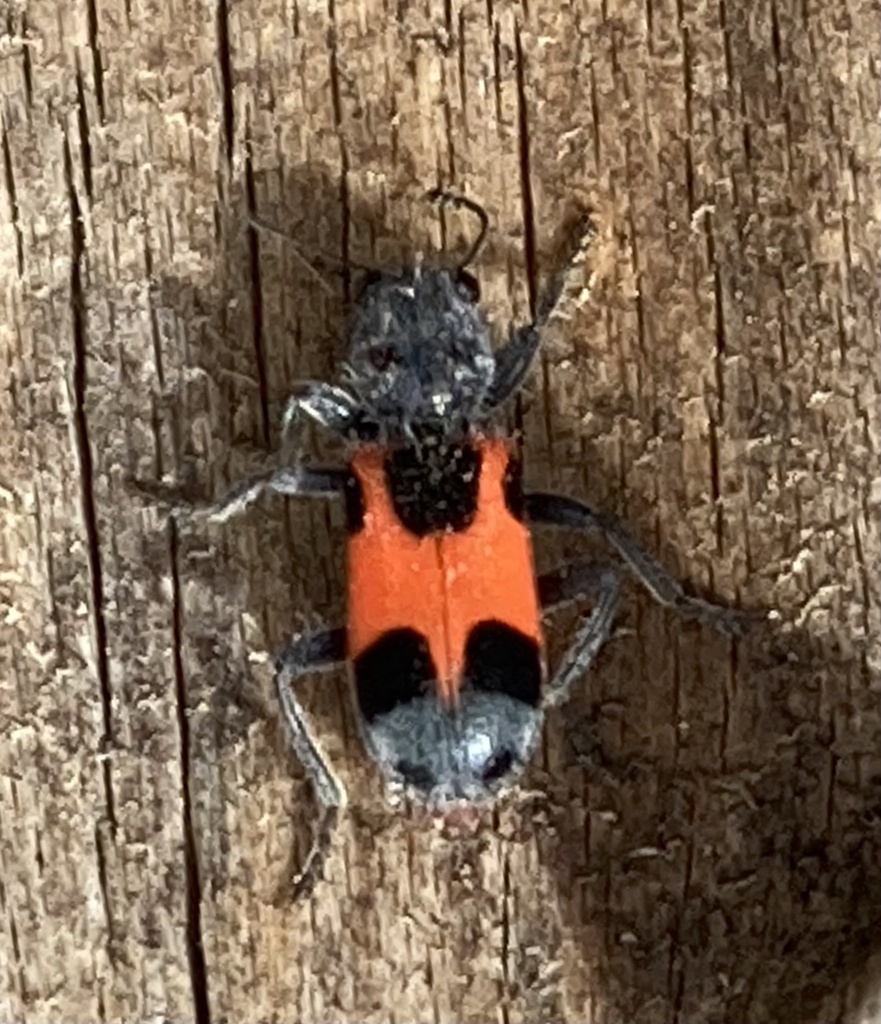 Another new beetle family for the yard and spruce stump (Cleridae: the Checkered Beetles).

This species is a predator of other beetles on the stump. 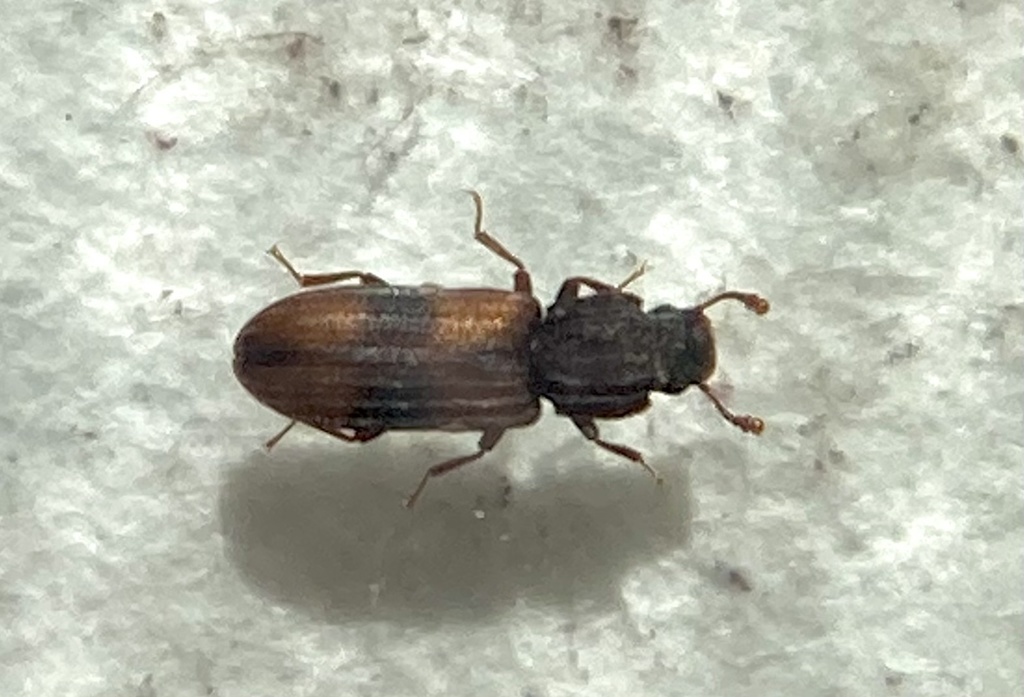 This is also a new beetle family for the yard: Zopheridae (the Iron-clad Beetles).

I found two of these on the south birch stump. This species has recently been introduced from Europe. 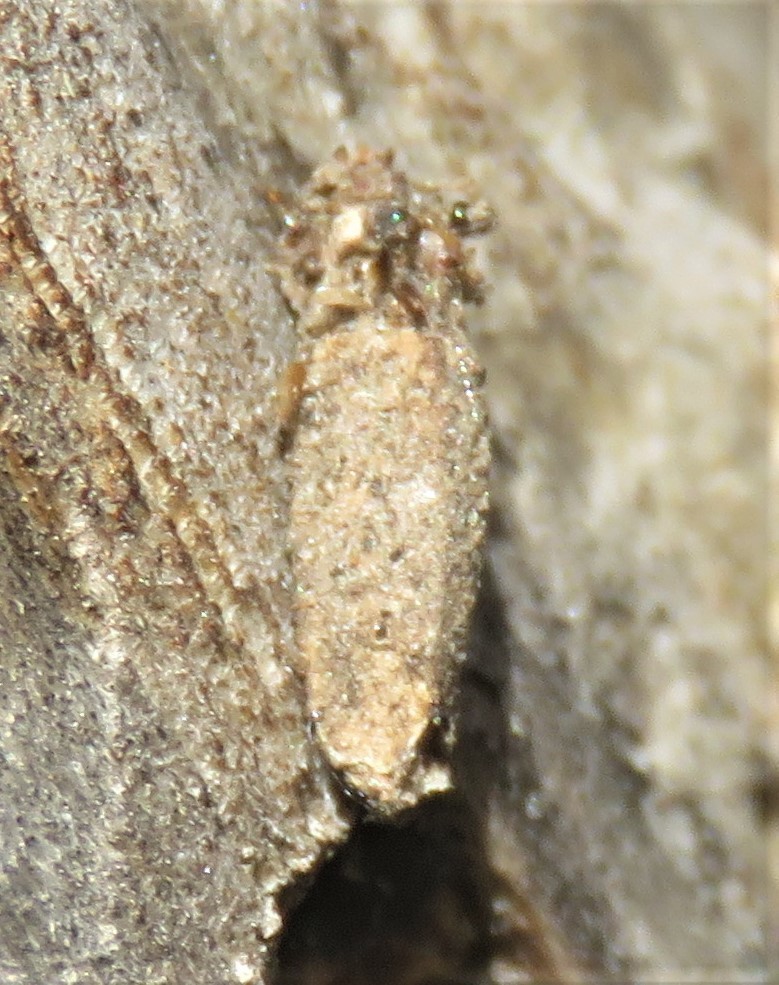 This is probably the larva of the Narrow Lichen Case-Bearer (Dahlica triquetrella), which forms a case of silk, covered with sand and bits of lichen. It is native to Europe, and the population in North America is completely parthenogenetic -- so there are no males and the females just reproduce by laying unfertilized eggs. They overwinter as larvae and pupate in the early spring. The female adults are wingless, eyeless, legless and have no mouthparts. They never leave the case in which they were born. They just lay their eggs and die shortly thereafter.

I tried to collect this with a pooter, but I just got the case and left the larva. 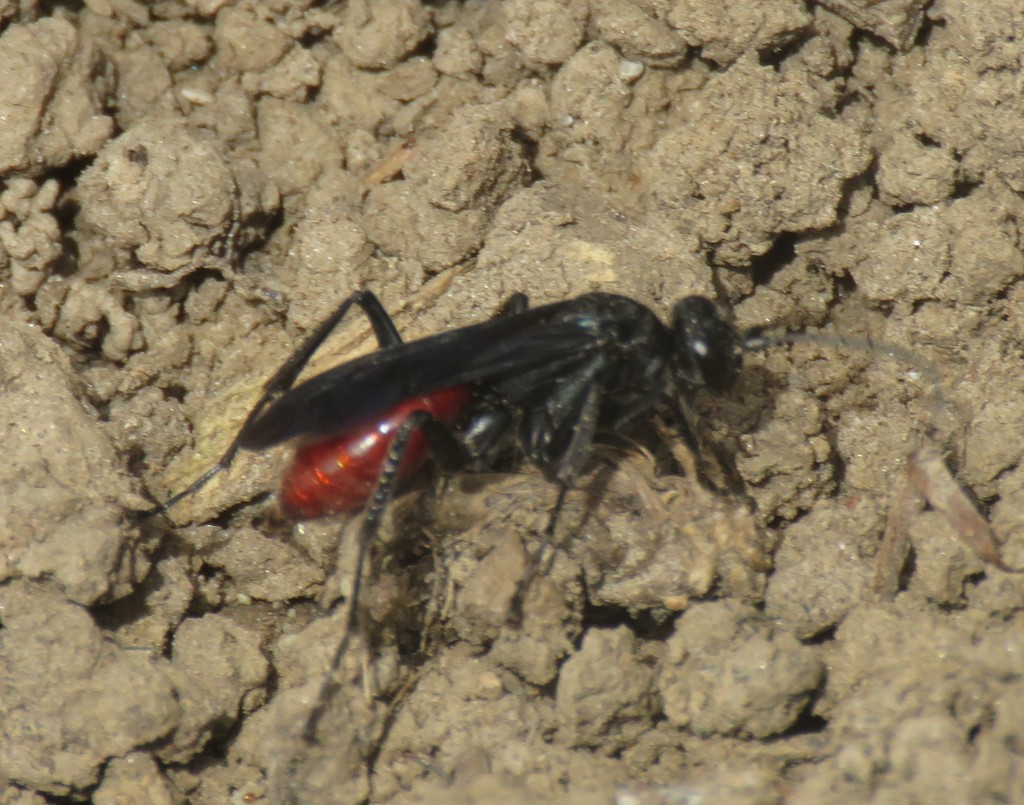 I've seen these before, but have only been able to ID to family. Eric Eaton IDed this one for me on twitter.

Found on ground in front of spruce stump, running around like crazy (searching for spiders, I suppose). 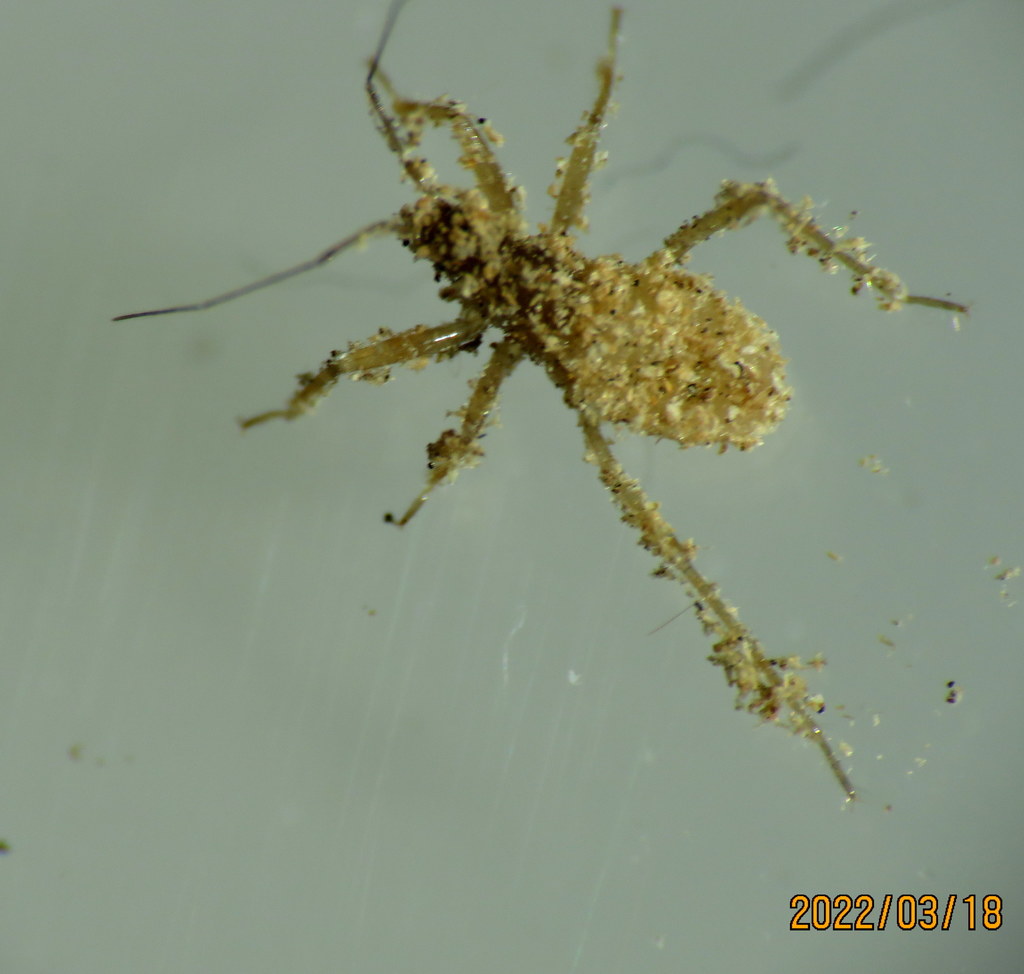 This is nymph is only about 4 mm long. The adult is much larger and spooky looking.

Found on ground in front of spruce stump 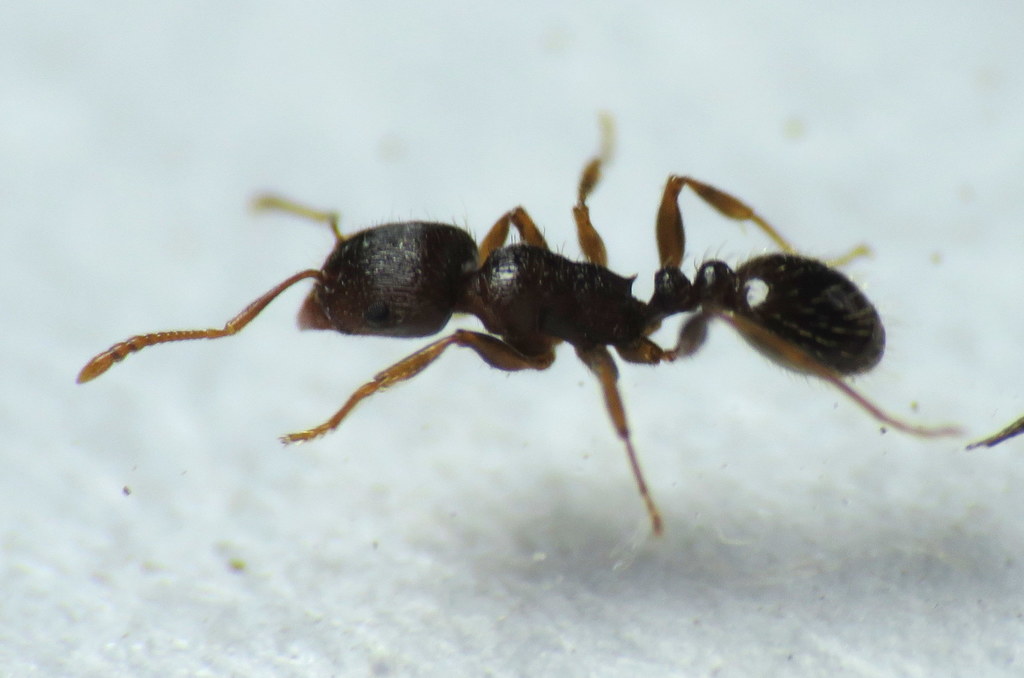 Found on ground in front of spruce stump. 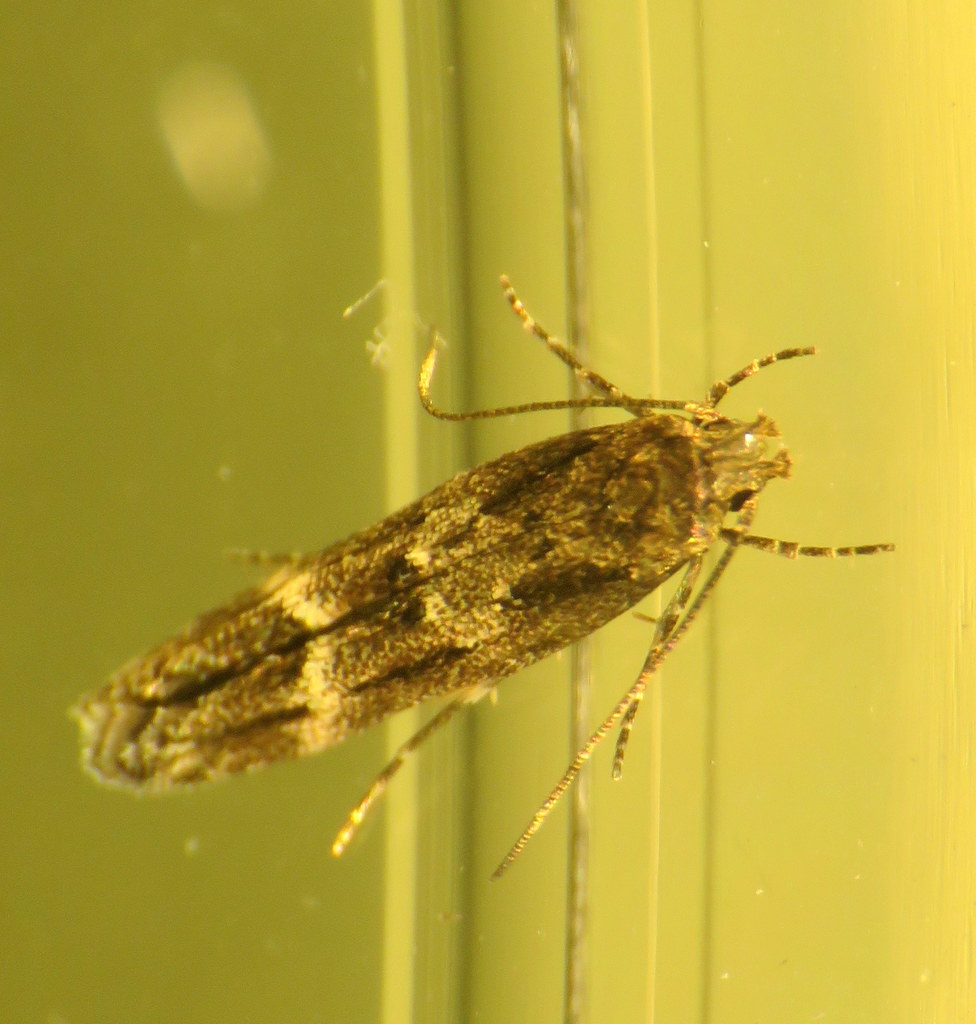 Found around light in bedroom. 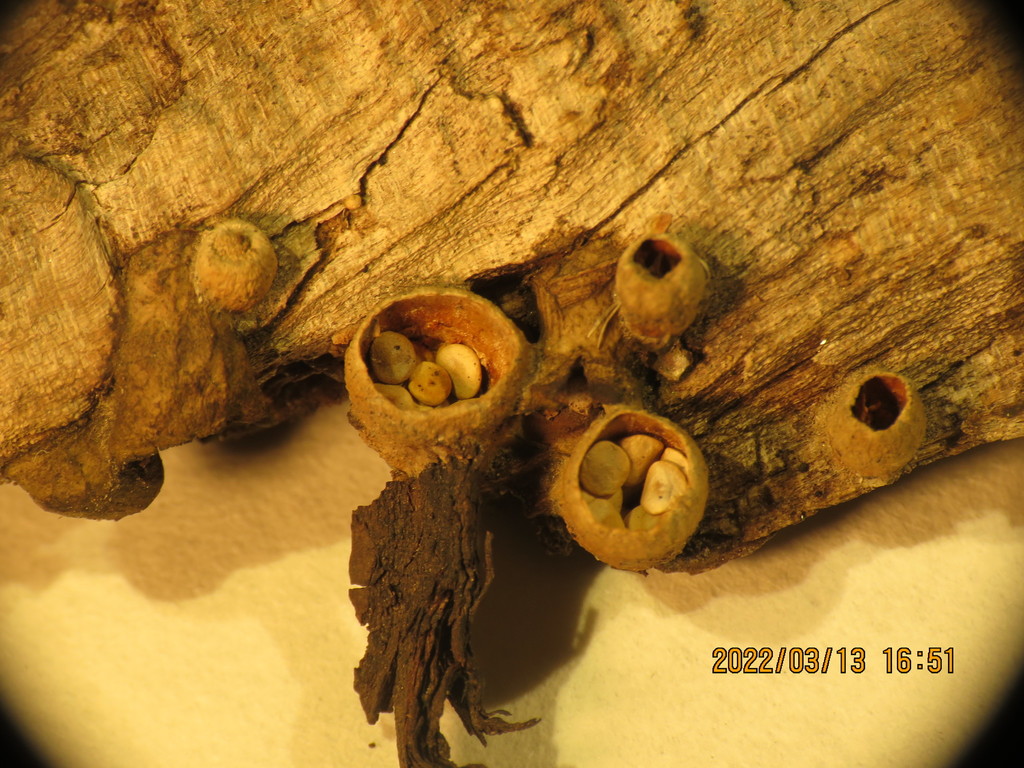 I'm sure I've seen this species before in the yard, but didn't stop to take a closer look. These little fungi look like tiny bird's nests. The "nests" are only about 5 mm in diameter. This is the sixth fungus species I've found in the yard and a new family. 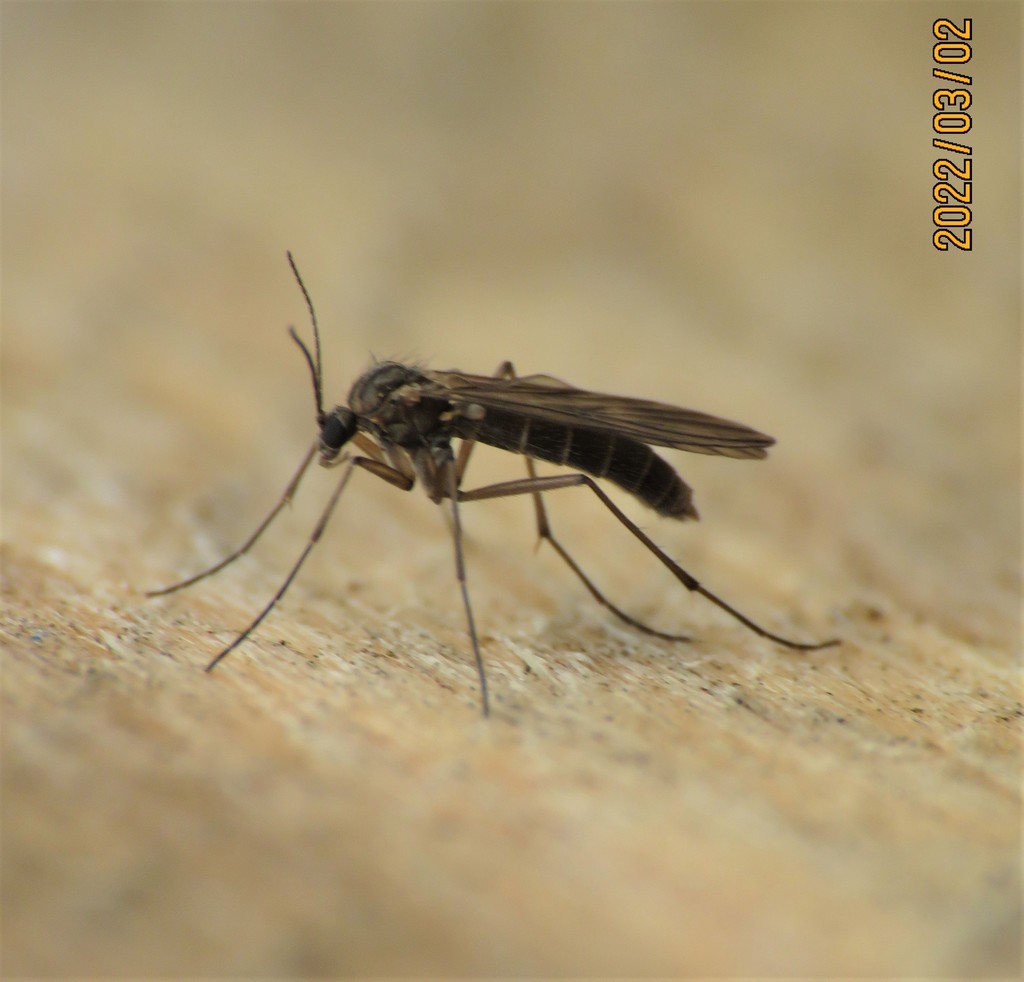 This is a new fly family for the yard. They are common around the compost, but I've never paid much attention to them. This one was point mounted and IDed to subfamily Mycetophilinae, Genus Anatella - but I need to check on this ID.

This is a new fly family for the yard. I found it on the compost bin, collected, and point mounted it. Since I didn't get a live photo, I din't submit it to iNat.

I'm pretty sure it's in the subfamily Psychodinae, but it's hard to ID further because some of the important characters were messed up in mouninting. 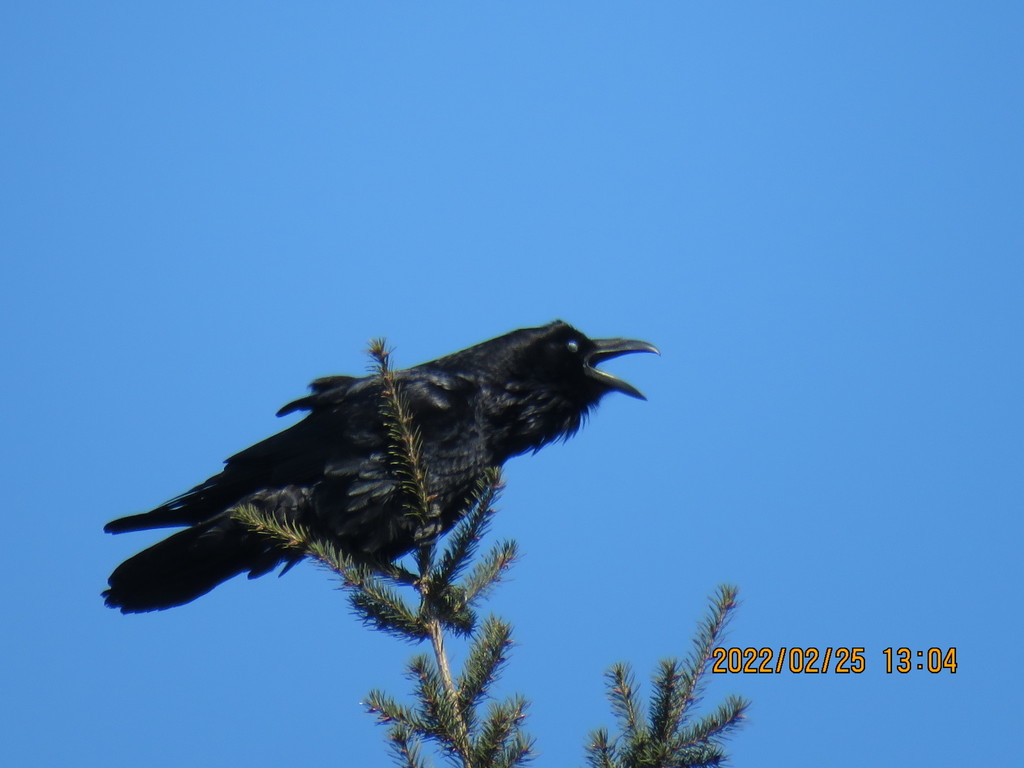 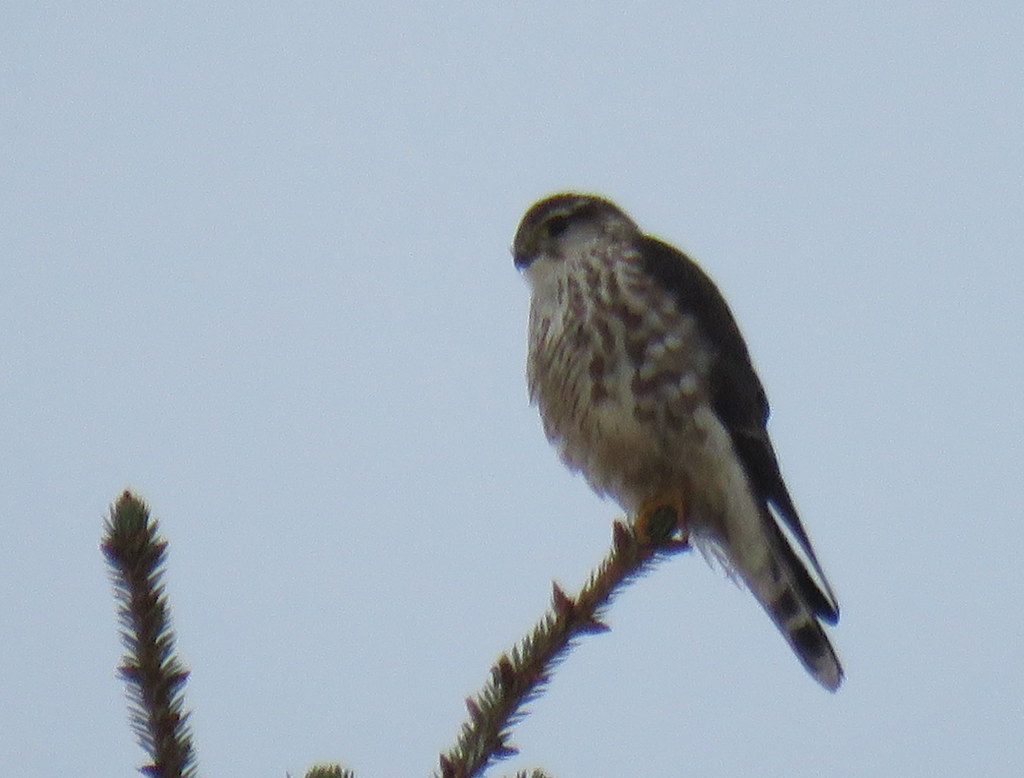 I saw this merlin on top of a spruce tree while shoveling snow. 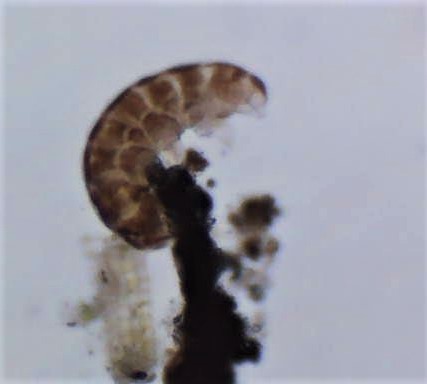 From rainwater in a flower pot. 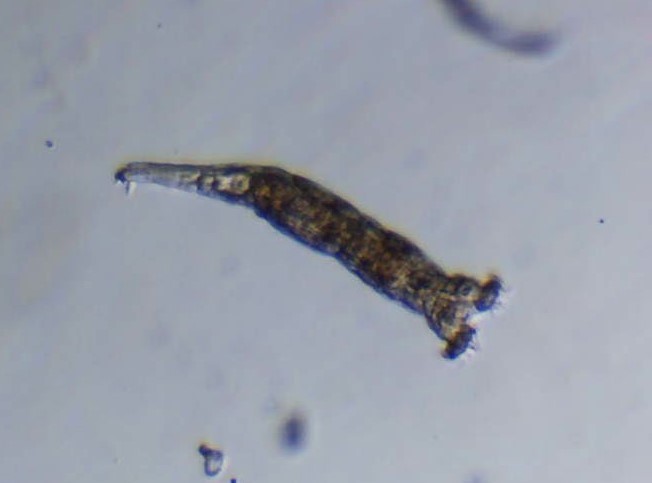 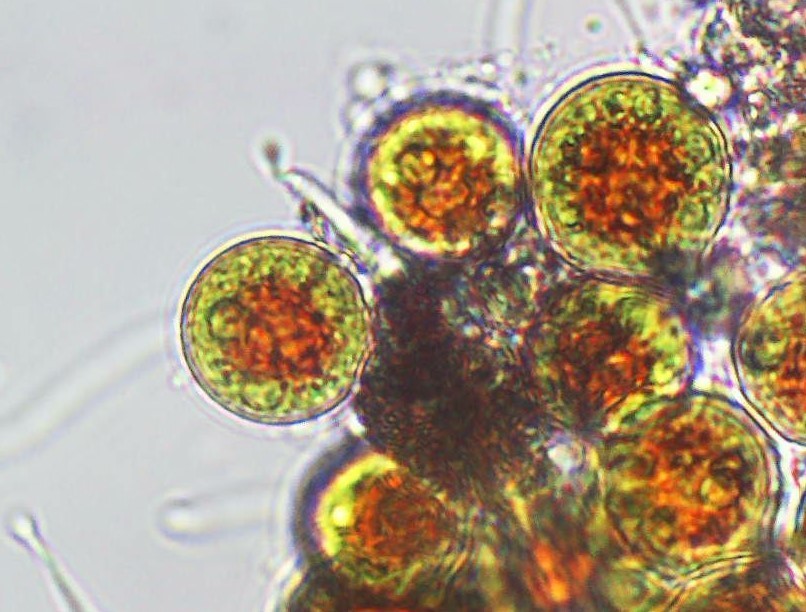 Cysts in Birdbath. Motile form was also present, but they were harder to photograph since they move rapidly.

Haematococcus are common in birdbaths. They often give the water a pinkish tinge.

This is a new phylum for the yard: Chlorophyta. 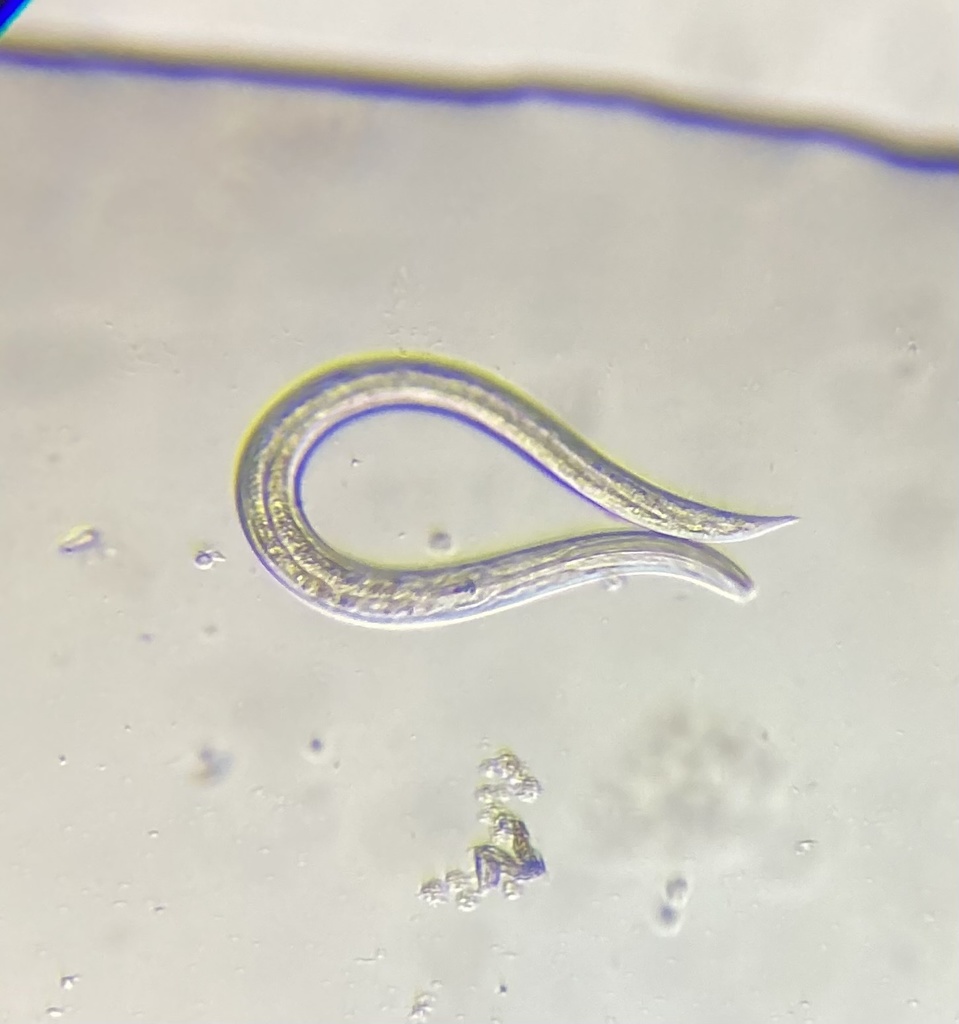 I found this in a birdbath / hay infusion sample. 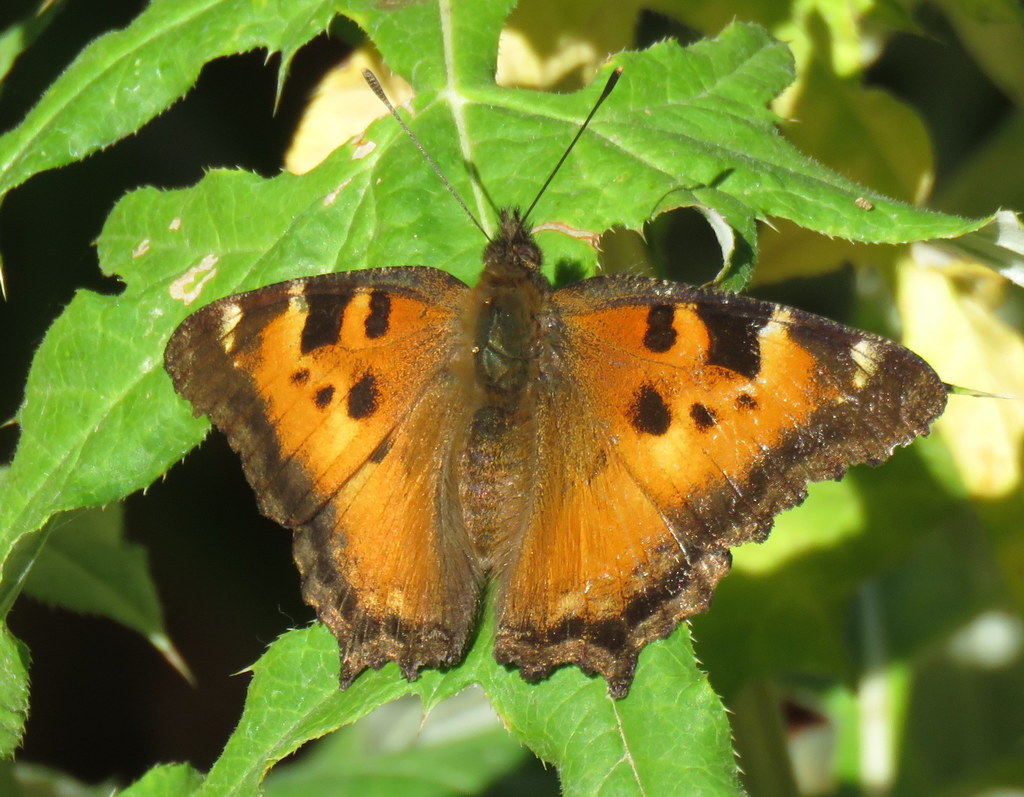 I've seen California Tortiseshells before in the yard, but this is the first iNat observation. 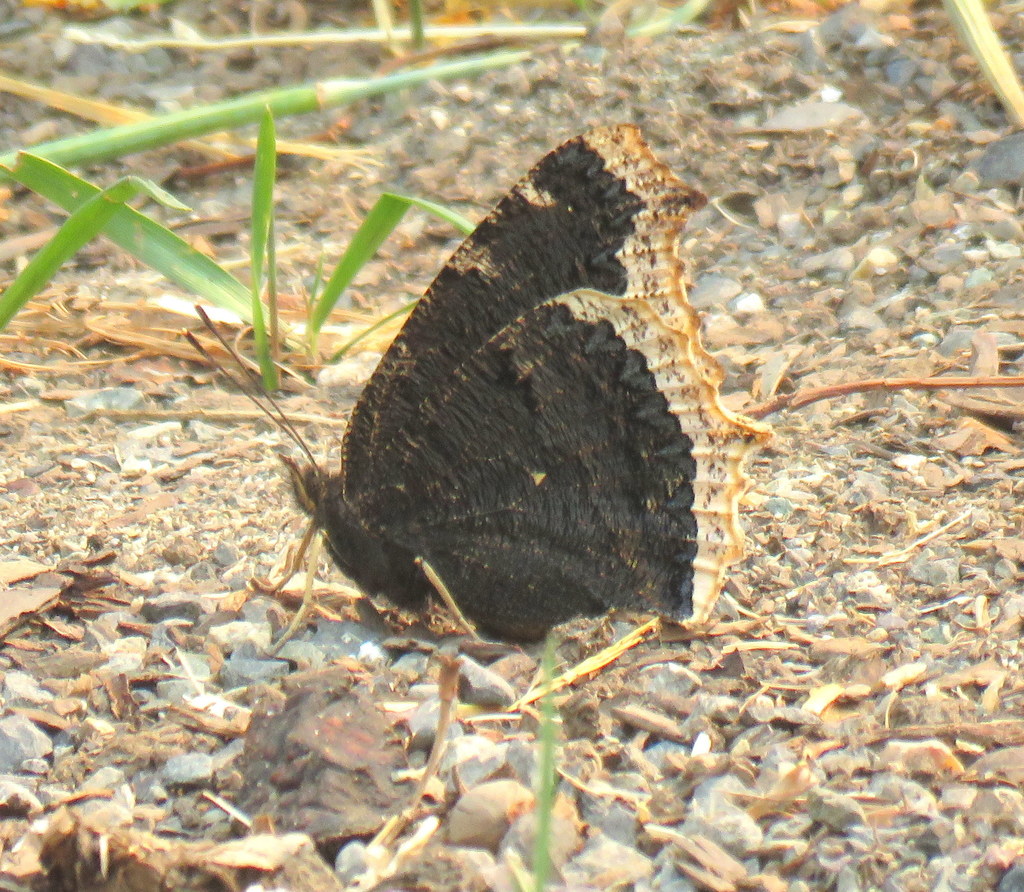 I've seen Mourning Cloaks before in the yard, but this is the first iNat observation. 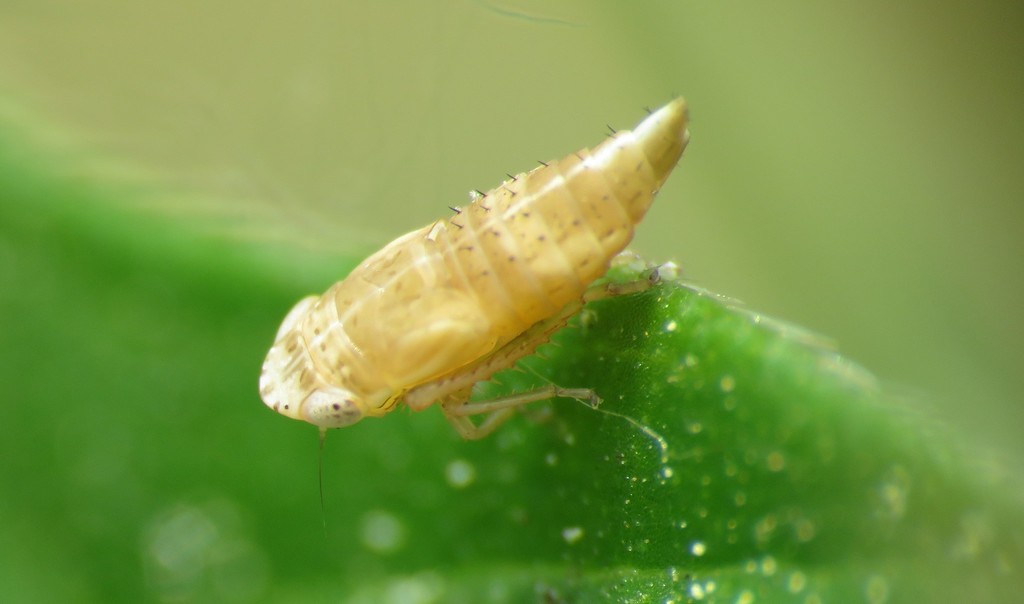 Found on lawn. Identified to species on 14 December 21. 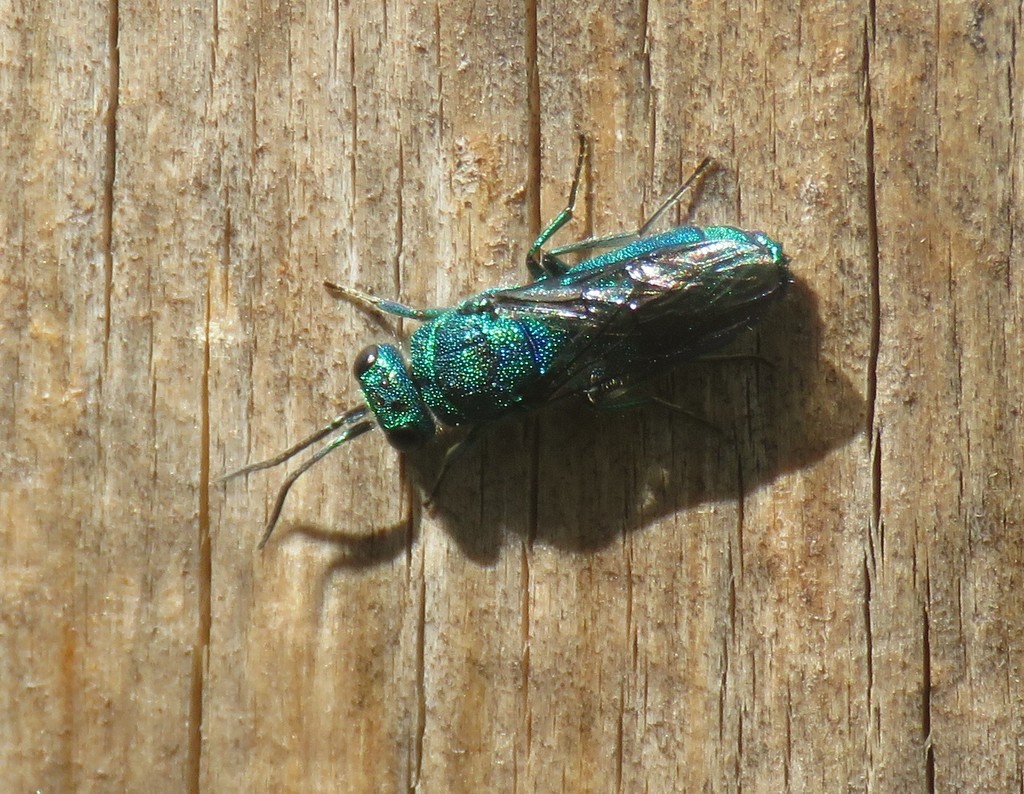 This cuckoo wasp seemed larger and a bit slower than others that I've seen on the stump. It turned out to be a new genus: Chrysis.